Of making Turner exhibitions there is no end. Nor should there be. He was such an extraordinary painter and left the nation such a monumental archive of sketchbooks, watercolours and oils that it is doubtful galleries could ever find the definitive statement on Britain’s greatest and most influential artist.

Did you know that nearly two thirds of Turner's painting are devoted to that subject ? I didn't know either.
From 22 November 2013 to 21 April 2014 at the Notional maritime museum (Greenwich) you will see Turner's paintings showing his fascination for the sea.
What attracted him to the sea, was the force within. He felt a lot of emotions in gazing a storm-swept sea for instance.He is commonly known as "the painter of light" and regarded as precursor of impressionism

Re: The master of the high seas The independent by Adrian Hamilton vocable 680 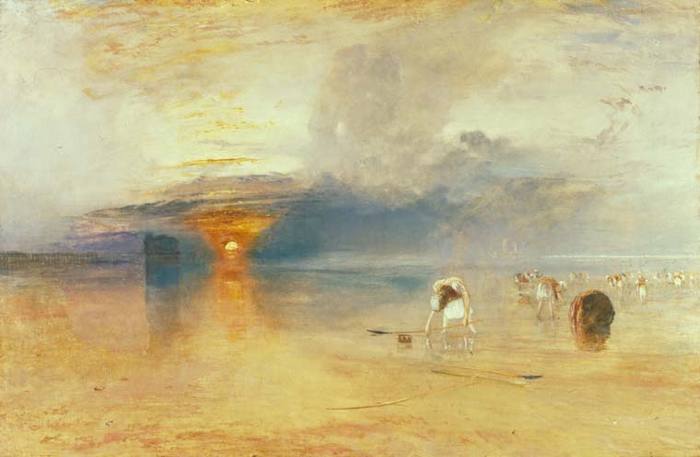 yes Turner had painted "Calais beach"Look how beautiful it is !