To discover other pages please click on the top right. the page numbers appear there. https www.independent.co.uk/news/health/mental-health-condition-happiness-worry-happy-sadness-a9027381.html

Happiness, as the Brazilian poet Vinicius de Moraes put it, is “like a feather flying in the air. It flies light, but not for very long”. Happiness is a human construct, an abstract idea with no equivalent in actual human experience. Positive and negative affects do reside in the brain, but sustained happiness has no biological basis. And – perhaps surprisingly – I reckon this is something to be happy about.

Yes, happiness doesn’t last. Anyway, I have just read on the net that "There are three main things that make people happy: close relationships, a job or past-time that they love and helping others. On the other hand, money and material things do not have a lot to do with happiness, and people who emphasize them are less happy than those who do not"
I have read that sentence with a lot of interest and compared it to what Huxley said in his book "brave new world". For him people could live happily with the help of "soma", the drug that keeps them docile but content. In fact, soma doesn't exist and we can see for ourselves that happiness pills  which alter the mind can lead people to commit suicide
What  about "the flow" which is the state in which people are so involved in an activity that nothing else seems to matter even time and space ? It is very interesting to see that “flow” makes people  very happy. In that sense blessed those who have a passion. However, sometimes, it can destroy their lives. There is always the dark side in everything .
Anyway we are not designed to be constantly happy are we ? the article says that we are meant to survive and reproduce and  "fight off difficulties".Happiness is never taken for granted

What if the solution were in hormones and neurotransmitters, such as dopamine, serotonin and oxytocin, commonly known as "happiness hormones"? In my view point it is sad to think that happiness consists of hormones in the brain with  a simple chemical reaction. I prefer to think of it as the acquisition of mindfulness when meditating, and of forgetting oneself, of loving people, of achieving one's goals, in the doing not the receiving. The key to happiness lies in the finding your flow doesn't it ?
What do you think of that?

MurielB a écrit:The key to happiness lies in the finding your flow doesn't it ?
What do you think of that?

Spinoza tells us about that but what is the  flow state ? It is the present at which Time touches Eternity.

To be happy, we must also achieve our deep nature. It is the same for all elements of the universe :  plants, trees, animals...When we achieve it we are in joy but otherwise we are in sadness
Spinoza explains 2 different ways to reach happiness
Like Confusius: we are like the old man who no longer has desire and reaches wisdom
Like the child who marvels freely and trusts life.

A twin study of over 2,000 twins from the Minnesota Twin Registry found that approximately 50% of life satisfaction is due to genetics. This leaves 40% attributable to intentional activities and 10% attributable to external events.

Anyway happiness may lie in our genes
https://positivepsychology.com/is-happiness-genetic/
Or may develop in our childhood
https://www.gottman.com/blog/how-a-parents-affection-shapes-a-childs-happiness-for-life/

The Danish notion of hygge (pronounced hue-gah) is basically the Canadian equivalent of ‘hominess.’ It’s also been described as ‘the art of creating intimacy’ and ‘cosiness of the soul.’ It is finding about pleasure in the simple things and warm company of those we love the most. The Danes are some of the happiest people in the world, and according to Meik Wiking from the Happiness Research Institute, that is because they make practicing hygge a priority. (Although the free education, healthcare and five weeks of paid vacation doesn’t hurt either.)

There are a few simple principles: Surround yourself with candles, drink hot, Eat without feeling guilty 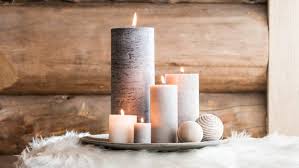 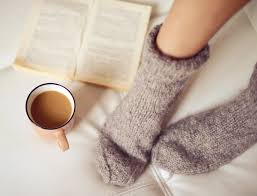 In the French room Rémy has written

Can you eat yourself happpier ?

That healthier diet may vary from country to country, but research has shown that, regardless of where you live, eating closer to a traditional, pre-industrial diet rich in plant foods, fish, unrefined grains and fermented foods, with less meat and highly palatable processed and snack foods, reduces your risk of depression. It could be the Mediterranean diet or Japanese cuisine rich in fish, seaweed, green tea and tofu, Jacka writes: “There’s not just one healthy way to eat.”

Hi everyone
Serotonin, the happiness hormone, is produced by our brain from an animo acid called tryptophan. Our body does not synthesize it, so we have to get it from our food.


The following foods are good sources of tryptophan:

Can you eat yourself happier ?

It is important to note that gluten intolerance (gluten is a protein found in wheat, barley and rye) makes children sad. As soon as they stop eating gluten, they are a lot better !

A dose of optimism as the pandemic rages on

On March 16, back when White House news conferences were still deemed safe to attend, President Trump stood before reporters and announced that drastic nationwide restrictions — in schools, work places, our social lives — were needed to halt the coronavirus.

The guidelines, “15 Days to Slow the Spread,” were accompanied by a grim chart. Based on a prominent model by London’s Imperial College, the chart illustrated with a sinuous blue line how many Americans might die if nothing were done to protect the public’s health.

The line rose sharply as the estimated deaths went up, then drifted slowly down until finally, at the far right end of the graph, the number of new cases reached zero. Our national nightmare would end by October 2020 — that is, right about now. Along the way, if no action was taken, about 2.2 million Americans would die. Dr. Deborah Birx, one of Mr. Trump’s science advisers, referred to the graph as “the blue mountain of deaths.”

Clearly, the pandemic has not ended. So far some 215,000 Americans have lost their lives to the coronavirus, and reliable estimates suggest that the number could reach 400,000. Health experts agree that, with stronger leadership, the death toll would have been far lower.

Nonetheless, there is a collective accomplishment here worth acknowledging. In the Imperial College report, the authors underscored that their worst-case estimate would almost certainly not be realized, thanks to human nature: “It is highly likely that there would be significant spontaneous changes in population behavior even in the absence of government-mandated interventions.”

That prediction proved true, as millions of Americans agreed, however reluctantly, to accept the sacrifices involved in shutting down parts of the economy, keeping distance from one other and wearing masks.

Hi everyone I have read in this forum from PatrickB that after the pandemic there would be a paradigm shift. In this crisis where having, consumption and power no longer seem to satisfy this thirst for happiness, another awareness of happiness, another path is emerging. And if being happy was not to HAVE but to BE ?

- To be surrounded by caring people,
- Listening to the needs of others and contributing to them
- Being at home, with family, or in a small community
- Being in the preparation of meals to share them
- Being content with what you have
- Being in gratitude for what you receive every day: an extra day of life, a smile, a look at a flower, a bird, a work of art, etc...
- To be in the hope of an ideal, innovative ideas, different organisations, in short to listen to others with benevolence and mutual help.
- To be in the knowledge that together we will succeed.
_________________

This year marks the 10th anniversary of the World Happiness Report, which uses global survey data to report how people evaluate their own lives in more than 150 countries worldwide. The World Happiness Report 2022 reveals a bright light in dark times. The pandemic brought not only pain and suffering but also an increase in social support and benevolence. As we battle the ills of disease and war, it is essential to remember the universal desire for happiness and the capacity of individuals to rally to each other’s support in times of great need.

we see that Finland continues to occupy the top spot, one of five Nordic countries in the top ten.
The elements that contribute to Nordic happiness are the standard of living but also the strength of the social system. The social system encourages individual freedom and promotes trust and generosity. It can be added that equality between men and women in Nordic countries reduces the human bug that leads to a thirst for power sex and money
The Human Bug: Why our brains are pushing us to destroy the planet and how to stop it
Book by Sébastien Bohler
_________________

Sujets similaires
» ARTE Live on your Browser
» 10 Best Places for Families to Live
» Live marine traffic
» Very strange world we live in !
» Your kids may help you live longer