French for all in Germany's Saarland

French for all in Germany's Saarland 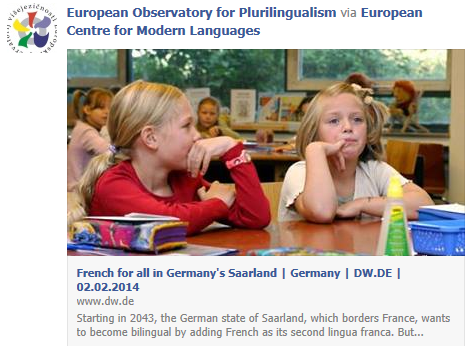 Starting in 2043, the German state of Saarland, which borders France, wants to become bilingual by adding French as its second lingua franca. But the plans have met with fierce opposition.

The next generation will be fully bilingual - in French and German - at least that is the plan, dreamt up by SaarlandPremier Annegret Kramp-Karrenbauer. The southwestern German state, which borders France, announced a plan to make French a working language in the state by 2043. If successful, it would make Saarland the only bilingual German state.

"We'd like to see those children born last year or this year are brought up bilingually," Christine Klos, who works for the premier's office, told DW.