Below is an appeal by Avaaz to ban neonicotinoid pesticides that kill bees worldwide. Please signe the petition.

Silently, billions of bees are dying off and our entire food chain is in danger. Bees don't just make honey -- they are a giant, humble workforce, pollinating 75% of growing plants. But in five days the US could move to ban the toxic pesticides that are killing them off.

We know we can get a ban -- after a mega Avaaz campaign last year, the EU banned this group of poisons that multiple scientists blame for bees' rapid demise. Right now chemical companies are furiously lobbying US authorities to stop action. But insider allies say a massive public mandate could tip the scales towards a ban. Let's give it to them! If the US moves, it will set in motion a ripple effect on the rest of the world.

We have no time to lose -- members of the White House's bee task force will report with proposals on Tuesday. This is not just about saving bees, this is about our survival. Sign the emergency petition now -- let’s build a giant global buzz calling for the US to outlaw these killer chemicals, before the honey bees are extinct:

Bees are vital to life on earth -- every year pollinating plants and crops with an estimated $40bn value. Without immediate action to ensure bees' continued pollination, many of our favourite fruits, vegetables, and nuts could vanish from our shelves and ⅓ of our food supply will be gone.

Recent years have seen a steep global decline in bee populations -- some bee species are already extinct and just in California -- the biggest food producer in the US -- beekeepers are losing a third of their bees each year. Scientists have been scrambling for answers. While some studies, often funded by the chemical companies, argue this may be due to a combination of factors including disease, habitat loss and toxic chemicals, powerful independent studies conclude neonicotinoid pesticides are to blame.

It is this startling evidence and super effective campaigning by Avaaz and partners that won the EU ban. The US Environmental Protection Agency (EPA) is required by Congress to regulate toxins, but under the influence of big chemical companies, for years they’ve fudged the law. Now the White House’s ‘Pollinators Health Task Force’ could get the EPA to cancel the pesticides' registration so they can't be sold in the US. This is our chance!

The task force reports in five days. Already 2.5 million of us around the world have backed this campaign. Let’s urgently build an unprecedented 3 million strong petition to save the bees and deliver it with strategic advocacy and media to stop a backroom deal that only benefits big business. Sign the urgent petition:

We can no longer leave our delicate food chain in the hands of chemical companies and the regulators that are in their pockets. Banning these pesticides will move us closer to a world safe for ourselves and the other species we care about and depend on.

Are there any names for chemical companies and organizations that lobby?
_________________
Please feel free to point out big mistakes in my messages in a foreign language. Thanks to your remarks, I'll be able to improve my level.
PS: Pls note that I chose American English for my vocabulary, grammar, spelling, culture, etc. 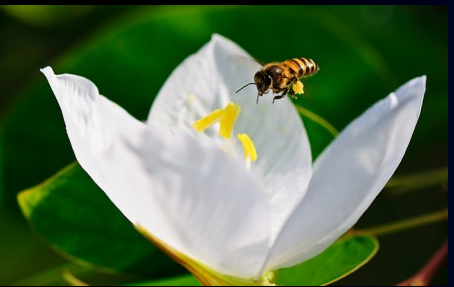 (click pic -in French- to read an article by TerreSacrée)

Another article -in French- denounces European allies that we should boycot -> http://www.terresacree.org/actualites/1643/actualite-boycott-monsanto-enfin-la-liste-des-marques-complices-assassines-109019?filtre=date
_________________
Please feel free to point out big mistakes in my messages in a foreign language. Thanks to your remarks, I'll be able to improve my level.
PS: Pls note that I chose American English for my vocabulary, grammar, spelling, culture, etc.

Are there any names for chemical companies and organizations that lobby?

Yes. the main neonicotinoid producers are Bayer (Germany), Syngenta (Switzerland) and Monsanto (USA). As these pesticides allow them to make huge profits, they have actively been lobbying against EU temporary 2-year ban, and against a USA bill to do the same. Congress is due to decide upon tomorrow 30 September.