why American Indians matter in US politics?

why American Indians matter in US politics?

In the last decade, Democrats and Republicans in the United States have come to see Indian Americans as a demographic of growing influence. Although they make up just 1 percent of the electorate, Indian Americans comprise the second largest immigrant group in the United States (after Mexican Americans). And their numbers are expanding rapidly: According to the U.S. census, between 2000 and 2018 the Indian American population grew by nearly 150 percent. The community is also the highest-earning ethnic group in the country, with a median income of $100,000 in 2015—nearly double the national average that year.

Native Americans are also commonly known as indians or American indians, and have been known as Aboriginal Americans, Amerindians, Amerins, colored, First Americans, Native Indians, Indigenous, Original Americans, Red Indians, Redskins or Red Men. The term Native American was originally introduced in the US in preference to the older term Indians to distinguish the indigenous peoples of the Americas from the people of india. Most Indian Americans think the Democrats are better at managing American-Indian relations so 72% of American Indians have planned to vote for Biden.
As they represent America’s second-largest immigrant group(after the Mexicans) their vote has become very important. 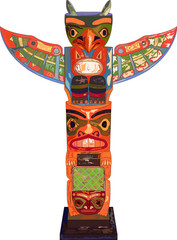