what winter-haters get wrong

what winter-haters get wrong

What Winter-Haters Get Wrong (msn.com)

The sun will be back. In the meantime, be fully alive in the rain.

Re: what winter-haters get wrong

The sun makes us happy and more altruistic. It favours human contact, that's an undeniable fact. However, studies also show that darkness allows more interiority. The inner journey allows us to really know ourselves and who we are. Having too much superficial external contact can be bad.
Taking advantage of teleworking to move to a sunny city may not be such a good idea

Carl Gustav Jung a écrit:You can only see clearly by looking inside yourself. He who looks outside dreams. He who looks inside himself awakens. 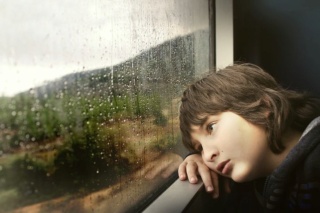 Sujets similaires
» Wonder WTF Is Wrong With Americans
» 12 English Words That Germans Get Wrong
» 19 French Words You've Been Using Wrong Your Whole Life
» Expat mistakes coming out really wrong
» Grammar myths #1: is it wrong to end a sentence with a preposition?