Hi every one
Do you know the 3 Pillars of Calais?
Brexit=>We will leave on January 31st for a Brexit full of unknowns for the cross-Channel traffic in Calais in particular. Let's hope it will be for the best especially if the duty free comes back.

Dragon=>The dragon of Calais now gives a dynamic and positive image of our city.

Lady Hamilton=>She died in Calais but has never left our town has she ? She still wanders around our theater corridors looking for her true love. This woman, who was the mistress of Admiral Nelson, a British officer who fought against Napoleon, died alone and  alcoholic in Calais in 1815. She was  buried under the present theatre, in the old cemetery.Is it true ?
Anyway in that very theater, people  observe strange phenomena: taps that open by themselves; hand dryers that turn on suddenly and doors that slam. Could it be Lady Hamilton's ghost nicknamed the white lady?  Some claim having seen her for sure. Evelyne, our famous clairvoyant saw Lady Hamilton not far from the chapel of the Virgin. Very beautiful... but not happy, she was crying.
"why was I taken from there, why was I put somewhere else? now everything is scattered!" she gasped
it turns out that Lady Hamilton was buried in Richelieu Park, then moved to the theatre cemetery, Historians say
For those who want to know a bit more about her life, here is a link 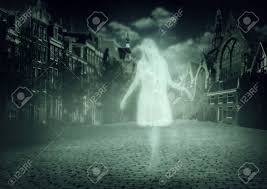