The Golden Week (simplified Chinese: 黄金周; traditional Chinese: 黃金週), in the People's Republic of China, is the name given to three separate 7-day or 8-day national holidays which were implemented in 2000:[1]

Three or four (if Mid-Autumn Festival is near National Day) days of paid holiday are given, and the surrounding weekends are re-arranged so that workers in Chinese companies always have seven or eight continuous days of holiday. These national holidays were first started by the government for the PRC's National Day in 1999 and are primarily intended to help expand the domestic tourism market and improve the national standard of living, as well as allowing people to make long-distance family visits. The Golden Weeks are consequently periods of greatly heightened travel activity. 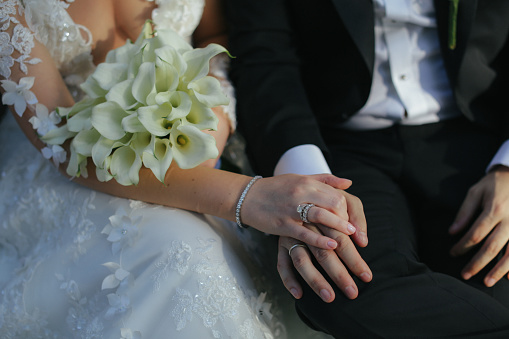 Golden week is is traditionally the season of weddings. This year the lockdown and social distancing delayed many of them so It has been reported that 600,000 couples have tied the knot in China over this eight-day public holiday known as Golden Week. In Wuham 99 couples were married in a public ceremony.
_________________

Sujets similaires
» It is difficult for Europeans to feel at home in China
» Can a 'Forest City' clean China's polluted air?
» Dinosaur Egg Stash Found During China Roadwork
» Joke of the week !
» highlight of my week