The new language of love

The new language of love 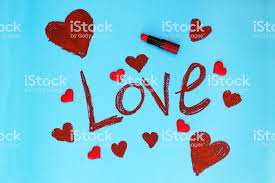 https://www.pressreader.com/france/vocable-anglais/20200305/281547997926204
Hi everyone!
The way of meeting and loving  people has changed and thus the vocabulary related to love has also changed.
when Charlize Theron broke up with Sean Penn, his behaviour was known as "ghosting"meaning to disappear  and it was added to Collins English Dictionary
Historically "courtship" referred to the formal process of getting to know each other
with society evolving and with a lot of women at work, they coined "dating"
other terms were also invented "cookie-jarring"(dating someone as a back-up)
"pocketing" (when your partner doesn't want you around their friends and family"
"fleabagging"(dating people who are wrong for you)
"orbiting"(liking someone's social media posts without speaking to them
"cuffing"(being with someone just for winter)
"curving" (taking a long time to reply to messages)
"breadcrumbing"with leaving "breadcrumbs" of hope, you can keep them interested in you
"Online dating" has increased the possibilities to meet different people leaving people overwhelmed with choice.
There is a kind of solidarity with those who have had similar experiences because they understand them better (as rude and unacceptable) Using labels helps people justify their own bad behaviours
when you say "I stopped contacting this person and i'm never going to give them a reason "It is very nasty but if you say "I ghosted someone" it sounds less cruel.  We have now become obsessed with looking at other people's relationships for entertainment and having labels makes it much more so We stage ourselves to get a lot of "likes "and people see us as a cake good to eat
This feeling is very different from the bond that binds an old woman and an old man who have spent their whole life together for better or for worse.
_________________

Sujets similaires
» English language is maybe the best language in the world
» Staying Alive is Not Enough -5-
» What is language ?
» Parlez-vous franglais ?
» My 6 language story